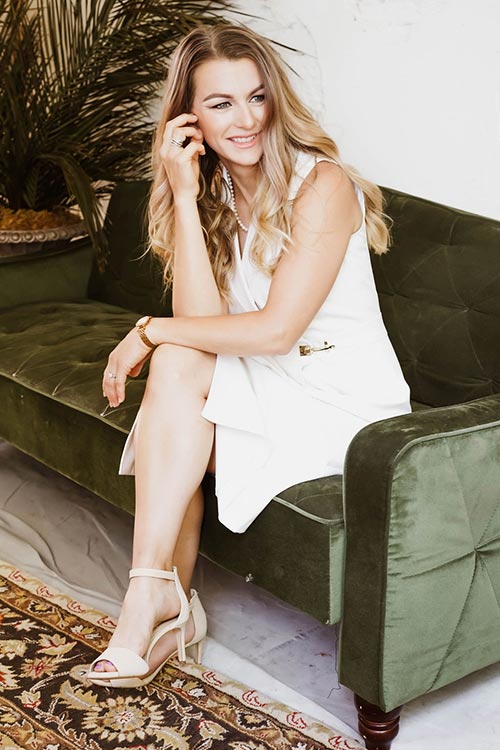 I am a Marine Corps Veteran and the only daughter of dual Air Force veterans. I’m the granddaughter, great-granddaughter, and spouse of Navy veterans. My brother and my uncle are both Marines. I’m a Daughter of the Revolutionary War. Service runs in my blood. I served just over 4 years in the Marine Corps before receiving a medical discharge.

I competed in the 2016 Warrior Games for the Marine Corps team while my husband competed on the Navy team. I medaled in Shot Put, Discus, Track, and Cycling.

I competed in the 2017 Invictus games Toronto, Team USA. I broke a personal record and earned the Bronze medal in the 1500 meter. Above all else I gained amazing friends from around the world and a sense of purpose.

I have continued to serve my fellow veterans. While attending the University of Central Oklahoma (UCO) I served as a Veterans Affairs work-study in the VA office and served as the President of the Student Veterans’ Organization. My transition was not smooth out of the Marine Corps and into college and I wanted to ensure my fellow veteran did not have to go through what I went through.

During my time at UCO, I created and maintained ‘Military Mondays’ where different veteran focused services were brought in every Monday to help promote not only what they had to offer but the newly gained space at the university.

I served as a case manager for Supportive Services for Veteran Families (SSVF), a VA grant helping disenfranchised veterans who were either homeless or on the brink of becoming homeless obtain sustainable housing and employment. I expanded the program from Oklahoma City into Norman.

I became the Suicide Prevention Program Manager for the Oklahoma Army National Guard. While in this position I was appointed by the Oklahoma Senate President Pro-Tempore to the Oklahoma’s state Suicide Prevention Council, later becoming the only veteran to serve as chair and serving a total of three years. I was nominated and accepted the position of Chair for Governor Fallin’s Veterans Behavioral Health action plan, later referred to as the “Ask The Question” initiative. I was awarded the Employee of the Year Team award for my “Just Reach Out” Suicide prevention and awareness video.

I worked for the Oklahoma Department of Mental Health and Substance Abuse Services where I served as a field representative for an Opioid Overdose Epidemic. In this position I traveled the state educating first responders and community members on Opioid Overdoses and the use of Naloxone/Narcan. I received the Building Excellent Services Together (BEST) pen.

I am currently a member of SAMSHA’s SMVF Technical Assistance center, leading Mayor and Governor Challenges across the US developing and executing plans to save the lives of Service members, Veterans, and their families.

I love people! My passions is making people feel like they belong. Suicide Prevetion is not what I went to college for but it is a passion that fell into my life. As a child I did not have many friends and I know first hand what it feels like to be alone. I never want anyone to have to feel like they are alone in this world. Life is hard as it is. We don’t need to make it harder by lack of compassion, understanding, and empathy.

My mission is to make positive changes in the world through my advocacy and training. I want to be part of the solution to bringing our communities together and expanding joy in our world. 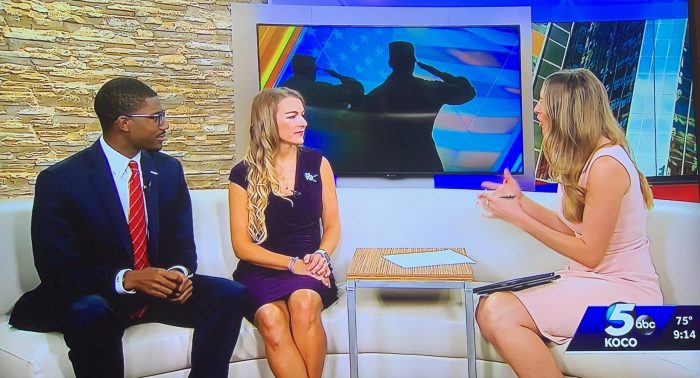 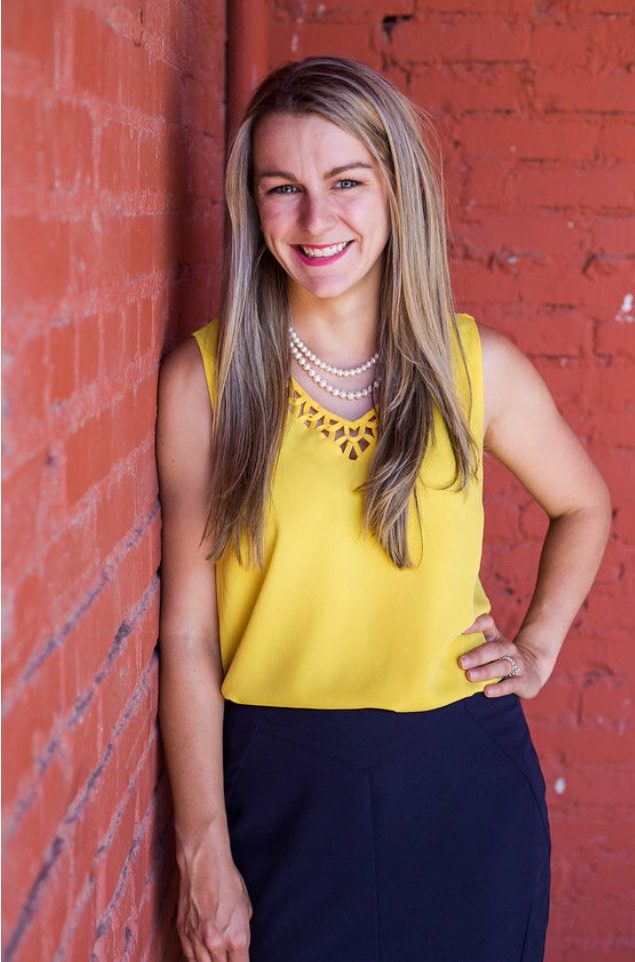 I volunteer as Oklahoma City Mayor’s Veteran Liaison and was appointed by Mayor Holt to represent service members, veterans, and their families (SMVF) on the OKC Human Right Commission Task Force.

I lead the Mayor’s Challenge for OKC, a federal initiative between SAMSHA and VA to end Suicide amongst SMVF and I serve on the Governor’s Challenge. (Pic at the outdoor resource fair)

I have recently been appointed the president of USO Oklahoma’s board and I serve on the regional board for USO. (Pic at capital for USO day)

I am a firm believer in firearms safety. I educate people about proper handling of firearms and storage methods. Partnering with project child safe and the VA, I have been able to hand out over 5,000 FREE gun locks.  The responsibility of proper handling and safety is the firearm owners. If you own it for protection, remember that safety is part of protection for you and your family.  (pic of me with project child safe at capital)

I am a member of Oklahoma’s Medical Response and Stress Response Team. In Oklahoma we experience many natural disasters and there is no such thing as being over prepared.  The Stress Response Team assists in emergency response health and mental health care with nationally recognized expertise in disaster and crisis response.

I have volunteered with the Wounded Warriors Project (WWP) for over 5 years leading peer groups and donating my time for ASIST. WWP conducts ASIST training in every state during the month of September, Suicide Prevention Awareness Month, and I have been honored to teach in multiple states. I was awarded the regional annual service award from WWP in 2019.  (Pic of Andrew and I holding award)

I want to leave a legacy and empower others to be the change they wish to see in the world.

Veteran of the Year

Andrea Brightbill is a twenty-year retired Air Force veteran. She completed one tour in Kuwait and one year in Korea. She spent most of her active-duty career as an administrator, the last eight years were focused on Information Technology. She enjoyed variety in her career and engaged in three special duty assignments. Her special duties included Protocol, Executive Assistant to the Command Chief at Keesler AFB, and Instructor Duty. Andrea completed three years as a Professional Military Instructor at the Airman Leadership School at Sheppard AFB Texas. While serving, she completed her Bachelor of Science in Occupational Education degree at Wayland Baptist University. Andrea was hand-picked for both Protocol and Administrative Support for Base Command office at Ali Al Salem Air Base, Kuwait. She has spent the last five years self-employed as a Realtor in Oklahoma City. She has volunteered with the following organizations: Explorers Search and Rescue in Washington State, Sunshine Friends in Texas, Habitat for Humanity in Oklahoma, Christmas in April in Texas, and Wounded Warrior Project. An advocate, she is currently looking for opportunities for volunteering with the Red Cross and USO. She strives to be a positive influence for her friends, family and local community.

Destiney is 25 years old and married to her high school sweetheart. She has been working since the age of 16, hard driven, and always on the go. She never slows down and is always trying to make her life better one way or the other. She had many family members pass over the last year which has taught her life is too short to be living in regrets. Every day she tries to live towards a dream which is shown in her energetic and loving attitude. Destiney is kind to every soul she meets, showing compassion and embodies the human spirit. She is making the world a better place in all that she does. "I’m just trying to leave a path that someone behind me may learn from." Destiney has gone through a lot of life struggles that others have faced as well. To encourage, uplift, and share she started a Podcast called "Tiney Talks". Check it out on Anchor, Apple Podcast, and Google Podcast!

Interested in working together? Get in touch today for a free consultation where we will discuss your needs.